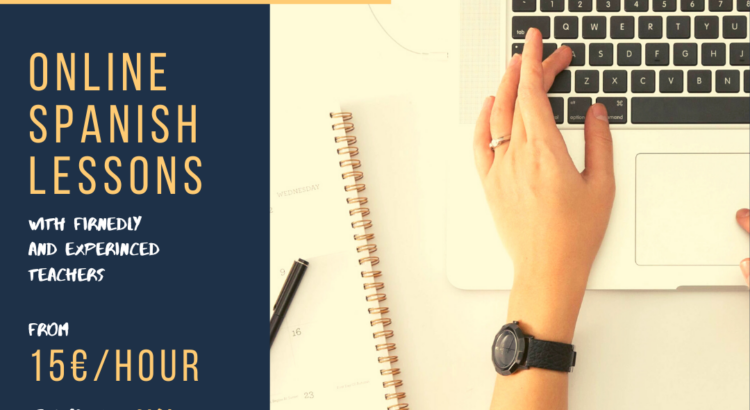 Due to the Covid-19 in Spain we have had to close all educational centers. Among them also the Spanish schools. Furthermore, the authorities recommend not to socialize and here comes the question … How can you continue studying Spanish so that you don’t forget?

END_OF_DOCUMENT_TOKEN_TO_BE_REPLACED

Did you know that there is a Spanish village where a jamón (ham) is produced that is well known for its sweet and gentle taste?

is located in the south-east of Salamanca. In this village, the custom of using pork has been always present. A long tradition that has been handed down from one generation to another, that saw a transformation at the end of the 19th century, in 1896, with the advent of the rail system. That was the key moment, the beginning of the transformation of all the customs in the delicatessen industry, where the quality of the ham of Guijuelo was elevated to the highest of standards.

It was at the end of the 20th century, in 1986, that the Denomination de Prigen de Guijuelo was created, with the intention to preserve and identify the jamon ibérico and to maintains the tradition, being prepared according to the recipe of the place. The pig has to be fed with holly and cork oak, which can be provided by export from places around Salamanca, Ávila, Zamora, Segovia, Cáceres, Badajoz, Sevilla, Córdoba, Huelva, Ciudad Real, and Toledo. In these areas, there is a forest that is perfect for the pigs that is allocated to the butcheries of the 78 areas around Salamanca.

Firstly, the ham will be immersed in brine for a limited period of time thanks to the special climate of this zone, with dry, cold, and long winters as well as hot and short summers. Thanks to the short time submerged in brine, the ham will have a different taste. Then, the ham will be washed, dried, and left to be cured from the winds from Sierra de Gredos, France, and Béjar. The result is a perfect ham. After three years, the jamones de Guijuelo are ready to be served, with its characteristic taste composed of low saltiness, greasiness, and its delicate aroma. Come to Salamanca and you’ll be able to taste this purely Iberian delight.

Last week we discussed the Spanish ham called jamón. However, jamón is not the only typical Spanish dish because -particularly in Salamanca- the tradition of “tapear” exists in different bars. According to La Real Academia de la Lengua, the verb tapear means, “to eat tapas in bars and taverns.” Here, the word tapas means “small rations of food served with a drink”. END_OF_DOCUMENT_TOKEN_TO_BE_REPLACED